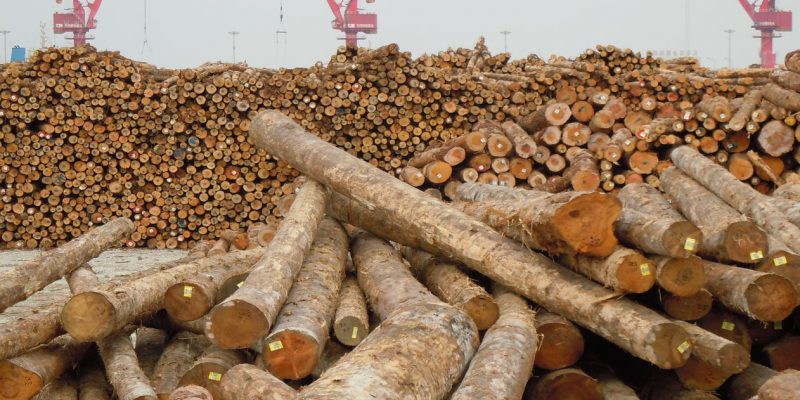 For over 30 years, Russ Taylor has been providing clients and subscribers with leading-edge insights on developments in the global timber and wood products markets. Here is a profile on his work, consulting and business history.

Russ Taylor started his career as a forester for Northwood Pulp in the mid-1970s and then worked for Interfor for six years in the 1980s as a sawmill sales manager as well as directing a custom cutting and remanufacturing division.  He initiated his timber and wood products consulting career in 1988 with Widman Management Consulting and that business was later sold to Sandwell Inc.

In 1992, R.E. Taylor & Associates Ltd. was formed based on Russ’s initial fifteen years’ experience in forestry and wood products and his five years of domestic and international consulting. The company continued to expand and evolve around the specific needs and wants of its growing list of clients.

In 1995, International WOOD Markets Research Inc. was created with the objective of publishing selective market reports to complement the firm’s ongoing consulting projects. At that time, he had no idea that this was the start of being recognized internationally as one of the leading publishers of ground-breaking wood products analysis, research and forecasts.

In 2006, the two companies were amalgamated into one: International WOOD MARKETS Group Inc. (this business was later sold to FEA in August 2017).

Russ’ consulting business evolved from having a strong domestic focus on North America to one that encompasses many of the market hotspots around the world. Here is a summary of where he has come from.

R.E. Taylor & Associates Ltd. was one of the few offshore firms to develop a client base in New Zealand in the early 1990s around plantation pine lumber and mouldings. By the mid-1990s, company president Russell Taylor was firmly established as the leading consultant conducting market research for New Zealand firms in export markets (including the U.S., Japan, Korea, Taiwan and Europe). Peter Butzelaar joined the firm in 1995 and solidified the company’s status by collecting plantation-pine moulding prices and various supply statistics.

With a strong background in radiata pine products and markets, the consultants moved on to Chile, and then Brazil and Uruguay, in order to further expand their collective knowledge, contacts and clients in the plantation-pine lumber, moulding and millwork sectors.

One of the firm’s largest-ever projects was in South Africa, where rigorous due diligence work was conducted by Gerry Van Leeuwen for six months on behalf of Global Environment Fund with an investment interest in plantation forests, sawmills and plywood mills. Upon being awarded the winning bid, the client retained our company for an additional six months to develop a production and capital plan, prepare a strategic marketing plan, and assist in recruiting an entire management team for newly named company, Global Forest Products.

The firm’s Southern Hemisphere adventures continued to Australia, where in 2001 they were retained by Hancock Victoria Plantations to secure a major sawmill investor to utilize timber from an expanding plantation pine forest. This was accomplished in 2002, and one of the largest companies in Australia is now successfully operating a state-of-the-art sawmill.

He continues to conduct various projects for clients throughout the Southern Hemisphere. In addition, he initiated an ongoing series of reports starting in the late 1990s: Clearwood (Pine) Lumber, Moulding & Millwork Sector.

Ongoing market analyses were conducted throughout Japan, South Korea and Taiwan since the early 1990s for a variety of clients. After the currency crisis of 1997, a much lower level of activity resulted, but statistics and industry trends are still accessed and analyzed on a regular basis.

He started spending time in Europe in 2000, with initial efforts focused on assessing rapidly expanding sawmilling and lumber-export activities. With European lumber exports doubling each year in the first half of that decade, he made multiple trips to Europe to closely monitor the pulse and the cost structure in sawmilling, engineered wood, plywood, OSB and some finished products.

He has visited more than one hundred sawmills of the larger and medium-sized companies in Europe, including in Sweden, Finland, the Baltic States (Estonia, Latvia, Lithuania), Germany, Austria, Czech Republic, Romania, U.K. and Scotland. The results and strategic insights from these trips (and other global regions) are compiled every two years into the Global Sawnwood Cost Benchmarking Report (this report continues today).

Russ Taylor has been involved in the United Nations Economic Commission for Europe (UN–ECE) since 2005 through its Timber Committee and UN–ECE/FAO Team of Specialists on Forest Products Markets and Marketing. He remains the coordinator of the UN-ECE Sawn Softwood Chapter of the Forest Products Annual Market Review. He is also connected to various European associations and to a variety of technical and market experts, and he makes regular conference presentations in Europe to industry associations/groups.

His initial involvement in Russia was very timely and strategic. After having the opportunity to complete a few small consulting assignments in the Russian Far East in 2000, a steady stream of work was conducted on an ongoing basis. The experience and network gained throughout Russia was a combination of work conducted by Gerry Van Leeuwen, who covered Siberia and the Russian Far East, with Russ Taylor initially exploring Western Russia. The team developed a unique insight into the opportunities, constraints and risks of doing business in Russia. Their travels and project work led to the publication of three multi-client reports on Russia starting in 2004.

They also were able to share their extensive industry contacts in Russia with clients overseas through several industry tours in which representatives from many international companies accompanied them to see the forests and mills of Siberia and Western Russia.

The business prospects around China’s wood products imports and exports were initiated in 2001 by Russ Taylor and were led by Jane Guo starting in 2005. Dozens of consulting consignments were conducted during the frenzy of “buying from China”, and later the selling of raw materials to China.

Several multi-client reports (The China Book — Outlooks) were released starting in 2004. Russ also was involved in organizing or co-organizing 12 industry/market conferences in China. In 2006, the monthly China Bulletin was initiated and continues today.

Russ remains one of the world’s experts on the Chinese processing industry and the competitive positioning of log and lumber exporters to China.

The U.S. market is one of the cornerstones of Russ’s consulting activities and has been an active area for market research, industry/segment analysis, and product/market development and assessment. Project work has been conducted for Canadian firms looking to evaluate opportunities in the U.S., for offshore companies assessing the U.S., and in many cases, for U.S. companies investigating domestic opportunities or competitive threats.

Russ’s extensive industry knowledge allowed him to initiate two landmark publications that have anchored his reputation within the global wood products sector:

Through his ongoing participation (as a speaker) in association-sponsored events, he is well known to the “who’s who” in the global forest and wood products industry. Russ has made over 300 conference or meeting presentations over the years.

Russ continues to evaluate industry and market trends, issues, challenges and opportunities. With his extensive global network, he is positioned to accept any project challenge or specific issue facing elements of a company’s business plan in the global wood products sector. Russ is always ready to address the tough and/or difficult questions from clients – that is the goal of Russ Taylor Global!